Developing tolerance is quite easy for people who are on nootropics such as noopept. If you are on noopept and you realize that it is losing its power, your body is certainly becoming tolerant to the nootropic. There are steps you can follow to avoid or minimize tolerance to noopept. The most important step is to take noopept in a cycle instead of continuously. 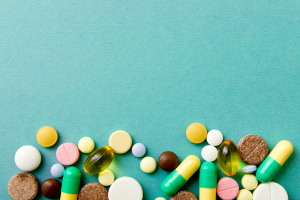 Cycling is developing a pattern of taking nootropics for a set period of time followed by a duration when you take a break from them. For example, you could decide to take noopept for a monthly 3:1 cycle, meaning you would take noopept continuously for three months then finally stop using them for a month.

The duration of each cycle usually depends on various factors including the nootropic you are using and how long you have been using it continuously. For example, if you have used a nootropic for 3 months, it is more reasonable to abstain from it for a whole month b

What is the Best Cycling Schedule?

Noopept should be taken for a duration of 1.5 to 3 months and when necessary, for another cycle after taking a 1-month breather. Many nootropic users follow a schedule of 56 days on followed by 4 days off.

While cycling is important for anyone on nootropics, there are other ways for you to avoid tolerance. Firstly, you should take the minimum effective dosage. This helps reduce the chances of experiencing unwanted side effects and also keeps you from developing tolerance. The other basic strategy is to use smart stacks that feature essential nutrients that improve the effectiveness of your nootropics and extend the time it will take before you exhibit tolerance toward the nootropic.